The name used to be synonymous with Kill Bill, Good Will Hunting and countless other classic movies.

As sexual abuse allegations against Weinstein mounted, it unleashed a seismic cultural reckoning. Created in 2007, the METOO movement got a hashtag in 2017 and its power exploded within days. Previously hidden stories of sexual abuse, assault, exploitation and harassment disclosed rampant abuse of power at all levels. This cultural shift may have started in Hollywood, but that was just the beginning. No person or business is immune.

#YOUTOO should be concerned about #METOO

All employers should have systems in place, so every employee feels safe. Don’t get lured into thinking this won’t happen at your company. According to a 2016 study by the Equal Employment Opportunity Commission (EEOC) Special Task Force, 85% of workers have been a victim of harassment at work. Job performance can suffer dramatically with victims feeling anxious, depressed, powerless and potentially causing them to quit. Devastating financial ramifications to private employers have included:

Understanding the gravity of impact, every company has a duty to develop, publicize, train and enforce anti-harassment policies and procedures.

Which of the following are examples of sexual harassment?

Answer: All of the above

Whether blatant and overt or subtle and indirect, sexual harassment may take many forms. It can be committed by a fellow employee, customer or vendor. Individuals targeted are victims, but many don’t realize that bystanders or witnesses not directly targeted are victims as well. Sexual harassment is actually not about sex; it’s about power. Someone who thinks, believes and acts like they are stronger, more valued, more desired and more important than others is a perpetrator. Their actions objectify the victim and force them to take the role of a helpful subordinate. Your program should explain and provide examples for both quid pro quo and hostile work environment, the two types of sexual harassment.

If developing a program immediately isn’t feasible, develop a simple “Corporate Statement” outlining your expectations for workplace conduct. Explain how to report inappropriate behavior and what information employees should provide. Without a statement or policy, your company’s liability may be increased if an issue or claim arises.

Owners and managers can shape a safe and healthy organizational culture by behaving professionally and ethically at all times. Any “borderline” behavior that was allowed to “slide” in the past must immediately cease. Collective behaviors create workplace culture and leaders often set the tone. Preventing toxic behaviors starts at the top according to the 2016 EEOC report referenced earlier:

“Workplace culture has the greatest impact on allowing harassment to flourish, or conversely, in preventing harassment. The important of leadership cannot be overstated – effective harassment prevention efforts, and workplace culture in which harassment is not tolerated, must start with and involve the highest level of management of the company.”

Moving forward, companies must be hyper-vigilant on preventing sexual misconduct and hold employees accountable if they engage in harassing behavior. Employers are legally required to investigate complaints regarding harassment, discrimination and retaliation. Whether interpreted as a minor or serious offense, all must be treated with the same attention and investigated. Employees want to work in a hostile-free environment and need any harassment to stop. They are seeking help, not a “pay day.”

If your company has never dealt with these types of issues, now is the time to continue that positive track record! Also consider there may have been situations left unreported. With the #METOO movement giving victims a stronger voice, demonstrate your commitment to providing a safe and respectful workplace by requiring harassment training detailing expectations and accountability.

As a leading certified professional employer organization in Illinois (CPEO), Chicago based MidwestHR can help you develop and publicize your anti-harassment policy, explain the complaint procedure and provide on-site training to all employees. By effectively articulating that everyone is accountable to the same standards, we can support your company’s long-term success. Give us a call at 630-836-3000 to learn more. 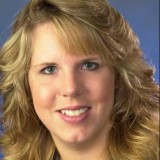 Working in the Professional Employer Organization industry since 1993, Charmaine has been involved in almost every aspect of PEO services. In her role as the Managing Director of HR & Benefits at MidwestHR, she oversees all HR compliance and employee benefits in addition to managing retirement plans.